The team flew to South Korea for ACL match 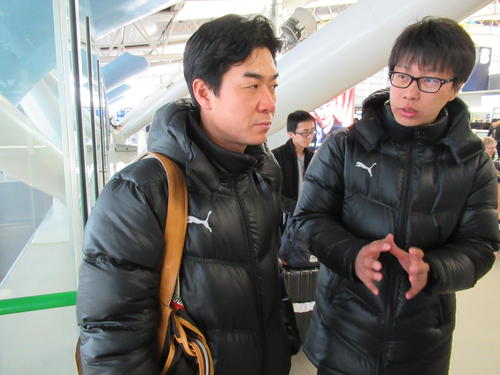 Cerezo Osaka will play the AFC Champions League group stage match against Jeju United FC on Wednesday. There are still some days before it takes place, but considering the importance of the first 3 games, they decided to travel to South Korea three days before the game day, according to Sports Nippon which quoted Yoon Jong-hwan’s words saying “we definitely need to win those 3 games to go through the group stage.”

Jeju Unied FC is a club owned by a company named SK Energy and was formerly known as Yukong Elephants and Bucheon SK. Yoon Jong-hwan had been a part of that club from 1995 to 1999. That’s the club he started his professional career and he still answers the name of Valery Nepomnyaschchy, who took charge of the team from 1995 to 1998, when asked who influenced him the most as a manager. That’s why Yoon said Jeju United is “a team I am attached to” at the airport this morning.

Although it is uncertain who went to South Korea, several media outlets including Sports Nippon and Nikkan Sports reported that Souza and Yasuki Kimoto, who were unavailable for different reason yesterday, were traveling with the team. Kimoto’s name was somehow removed from the bench list just before the kick off yesterday, but it was just because of illness or something and not a serious thing. Meanwhile, we can see players like Atomu Tanaka and Eiichi Katayama train at Maishima training ground in the photos posted on the official website, meaning they aren’t included in the squad for the first ACL match.